Some people tend to roll their eyes at us pumpkin-spice-everything-lovers, but there is a reason everyone loves the trend - BECAUSE IT’S DELICIOUS! The magical part of pumpkin, is that most people don’t actually care if it’s a warm baked good or piping hot latte. Pumpkin spiced ice cream and frappuccinos are among some of the most anticipated fall treats. I used to be a private chef in New York City and one of the daughters, Grace, would order a pumpkin spice frappuccino in freezing cold temperatures without a care in the world. She didn’t care if it made her even colder, it just tasted THAT good.

With that said, I couldn’t help but think we could make a frappuccino even more delicious with a unique California Giant berry twist. I added my secret ingredient that makes it even creamier - ice cream! Yeah...Starbucks doesn’t do that! So get your blender out, whip some up, and remind everyone that the pumpkin spice trend will never die... and then cheers them with your frappucino.

for the cinnamon whipped cream

In a blender, blend all frappuccino ingredients together until smooth.

Top with whipped cream and a dash of cinnamon, and enjoy! 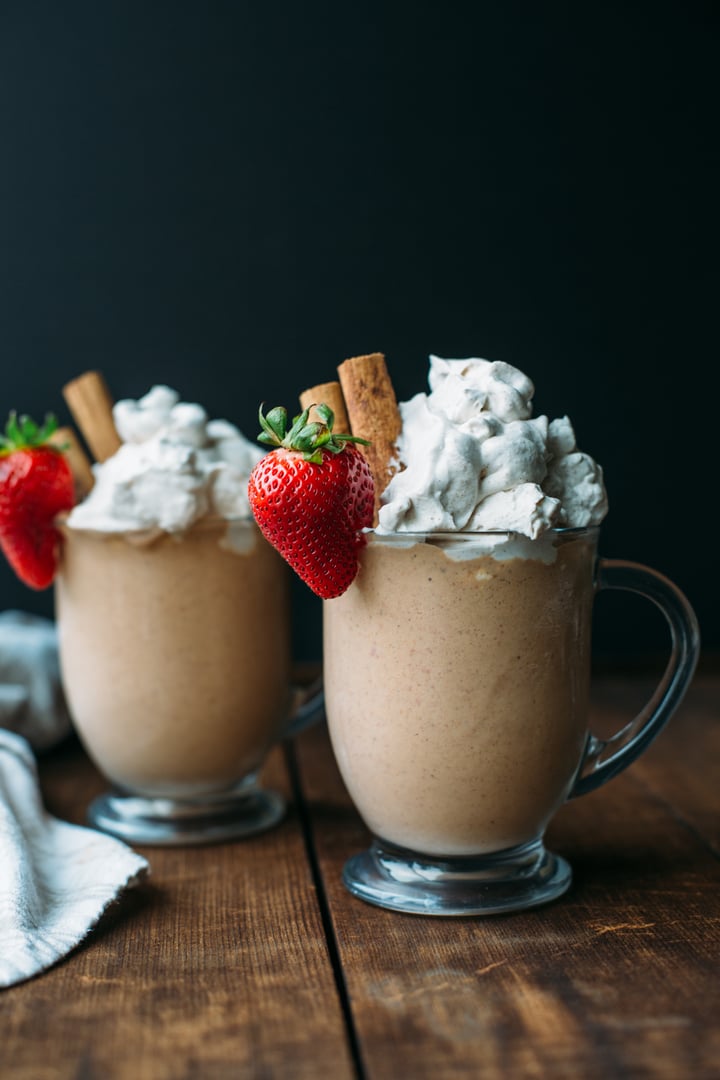 After years in the restaurant industry, Lorin began her blog A Modern Muse as a platform to share how she lives a well-balanced life, sharing recipes, photos, and how she stays healthy while still finding time to indulge.