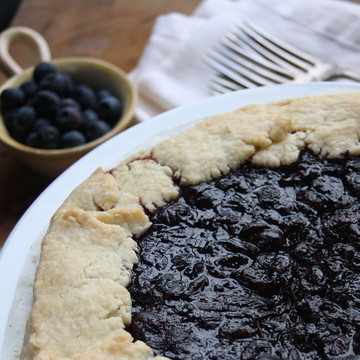 A little birdy tells me that Cindy recently gave you a little tease for a Cran-Blueberry Galette I've been working on (a galette, by the way, is a French term for an open or "freeform" crust with an exposed filling). Well, today I'm here to tell you that this deceivingly simple yet beautiful dessert is READY TO SHARE! Below is the recipe broken into two parts — one for the filling and one for the galette (the dough). I hope you enjoy this creation of mine, because my family and I certainly enjoyed eating it! 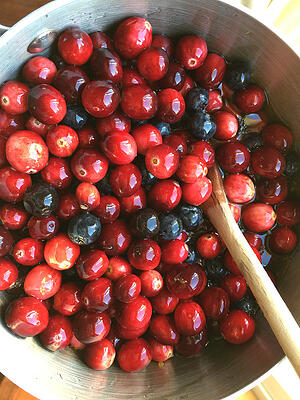