The Year of the Farmer

"And on the eighth day, God looked down on his planned paradise and said, I need a caretaker. So God made a farmer."

As a second-generation member of a family farming company, the Ram Trucks ad that 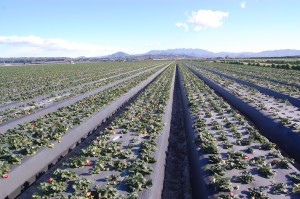 aired during the Super Bowl did something special for me that a commercial hasn’t done in a long time: it made me feel appreciated. The powerful imagery pulled at my heartstrings, and my family’s hearts swelled with pride as we listened to iconic radio-broadcaster Paul Harvey’s voice talk about something that hit very close to home for us.

It got even better when we learned that the ad is part of a larger overall campaign from Ram Trucks as a part of their partnership with the Future Farmers of America. Ram and FFA have declared 2013 as “The Year of the Farmer.” It’s our year! In 2013, Ram Trucks will donate money to FFA each time someone shares their commercial on Facebook or Twitter, up to one million dollars. That’s pretty impressive!

It’s true that the picture painted of a small family farming operation isn’t as common in 2013, but make no mistake: there are still hardworking farmers that spend each day in a field ensuring that food and crops are grown to the highest quality. My father is in the farming industry and he passed down his values and agricultural background to me, and I will share the same with my children as well.

I am honored that Ram Trucks chose to invest in the agriculture industry and in our future, hardworking farmers. Click here to help Ram Trucks give to FFA by sharing the commercial and a “badge” on your Facebook or Twitter page and let everyone know you appreciate the folks who grow fresh and delicious fruits and veggies year-round! Keep plowing. 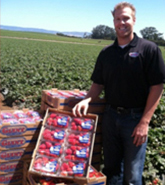 Meet J.T. He spends every day in our fields between Watsonville and Salinas, CA, working with our farmers to ensure you get the best berries all season long.